A derby dominated by the losing side, who were only outperformed by a referee apparently so incompetent that he might as well have been wearing red and white. On the stroke of half-time Coloccini touched shoulders with Fletcher in the box, resulting in a penalty and a red card, which has since been rescinded to undo a tiny bit of the damage caused by the erroneous decision. The second half was played 10 vs 12, and although we again controlled the game we could not convert that into goals, however the hosts would get a goal from a well worked corner, and then a third on the counter as we committed to chasing the game.

For the TFI, we ask our forum members to rate each player’s performance in the concerned game out of 10, which we then average out to get a rating representative of the fans’ views, we also collect a few user comments to summarise how the player did and show a few different viewpoints from the board. The top scoring player is man of the match; the lowest is mug of the match.

Man of the match goes to Sissoko, who continued his run of form by repeatedly and effectively taking the ball and running at the opposition to keep pressure up and create chances, earning a 6.50. Mug of the match surprisingly does not go to Coloccini (3.44), who came in for a lot of criticism for his decision to attempt a challenge of that nature in that situation, even though he has since been vindicated. Instead not-quite-so-super sub Thauvin takes the honour thanks to his inability to conjure up anything worthwhile in his time on the pitch this time out earning him a 3.06.

Owing to the strength of our performance, even in the face of these uncontrollable factors, McClaren takes the top rating of the day with a 7.06. The tactics and line-up continue to please the fans, but more importantly we didn't try to minimise damages once a win started to look less likely, even at two goals and a man down we continued to go for the points, actually putting up a fight in the derby. It's just a shame that the first half ended how it did.

[tfi]151025[/tfi]
(You can click on player names to go to their pages)
Elliot - 4.72 Ratings ranged between 3 and 6
"5.5 - How a team can lose 3-0 and our keeper didn't even have a chance to make a save I don't know."
"4 - Didn't have much to do, maybe could have come off his line quicker? Who knows, but not exactly his fault for the penalty regardless."
"3 - He's getting a 3 because he was far too slow to come off his line and claim the ball which led to the penalty, causing confusion and forcing Coloccini to make a stupid challenge."

Janmaat - 4.83 Ratings ranged between 4 and 6
"6 - Got forward well."
"5 - Dangerous offensive play but just not good enough defensively, which is where we really need to improve."
"4.5 - Dangerous going forward in the first half as usual, always busts a gut to find that overlapping run, you just know he's arriving.. sloppy defending for their second goal and his errors at the back are costing us."

Coloccini - 3.44 Ratings ranged between 2 and 6
"2 - Was it a penalty? No. And definitely not a red card, but there's absolutely no point in making that challenge. He's our captain and most experienced defender and he let us down."
"6 - He was having a good game until he was incorrectly sent off. It wasn't even a foul."
"2 - Sabotaged the game with an awful tackle. It should have been a penalty and, although the red is harsh, it's justified and no one can really complain too much. He ran into the attacker and body checked him off of the ball. He's not a 1 because the foul was at half time and not earlier, and he wasn't too s*** before his sabotage."

Sissoko - 6.50 Ratings ranged between 6 and 7
"7 - Continued his good form from against Norwich. Created chances."
"6.5 - Had so much time to get at Sunderland and ran at them well, putting their defence under pressure. he just lacked that killer final ball, but was a bit unlucky today."
"6 - Looked better the last two weeks than he has since God knows when. Must not let his performance drop now."

Tioté - 4.44 Ratings ranged between 2 and 6
"6 - Inconsistent refereeing caused him to get a booking, Clattermole committed more and worse fouls let somehow wasn't booked."
"4 - Didn't think he was too bad and passed the ball well when we were comfortable in the first half, although he does have a tendancy to pick up pointless yellows and make himself a liability for the rest of the game."
"4 - Needs to cut out the daft tackles. He had his warning in the first 5, just simmer down for a bit instead of catching people late."

Colback - 5.22 Ratings ranged between 3 and 6
"6 - Tried hard and delivered dangerous balls, got assaulted 30 seconds into the 2nd half which is a real shame."
"5 - Put in a few decent deliveries that were causing their defence problems, retained possession well and shame he's now injured."
"5 - Did his job until his injury."

Wijnaldum - 5.83 Ratings ranged between 5 and 6.5
"6.5 - Very dangerous runs and should have had a penalty if not for a s*** piece of refereeing. Not too much end product."
"6 - Similarly to Sissoko, he looked dangerous when he was on the ball running at their defence. Went close a few times and was unlucky."
"5 - Anonymous."

Ayoze - 5.39 Ratings ranged between 4 and 6
"6 - Linked up with Sissoko, Wijnaldum and Mitrovic well once again."
"5 - A bit unlucky today, just didn't fall for him but the effort was there."
"6 - One of our key players, I believe. One of our most creative players."

Mitrović - 5.06 Ratings ranged between 4 and 6
"5 - Worked hard but was left for dead when we went down to 10 men."
"5 - Provides a target and brings others players into the game with knock downs. Should have scored and struggled in the second half as he was isolated when we had 10 men."
"6 - Good presence up front. Came close to scoring a few times."

Thauvin - 3.06 Ratings ranged between 2 and 4
"2 - Waste of space."
"3.5 - Didn't do a lot and added very little to attacks."
"3 - Thought he got at the full back quite well at times and was unlucky with a few deliveries and his shot from the edge of the box. However he bottled a few challenges and lost the ball too easily ."

McClaren - 7.06 Ratings ranged between 6.5 and 8
"7 - Set the team up well, we caused problems and on another day would have got that important first goal. Got f***ed over by the ref, but glad we kept attacking them even with 10 men. Best performance in a derby for ages even despite the scoreline.. which makes it even harder to take!"

"7 - Good team setup, decent subs, but no one can beat 12 men unfortunately."

"8 - Game plan was spot on. Players were up for it. We absolutely dominated the game, we created chances and the goal was coming. We were a victim of a disgraceful refereeing performance. Incredibly unlucky."
Near, far, wherever Shola... 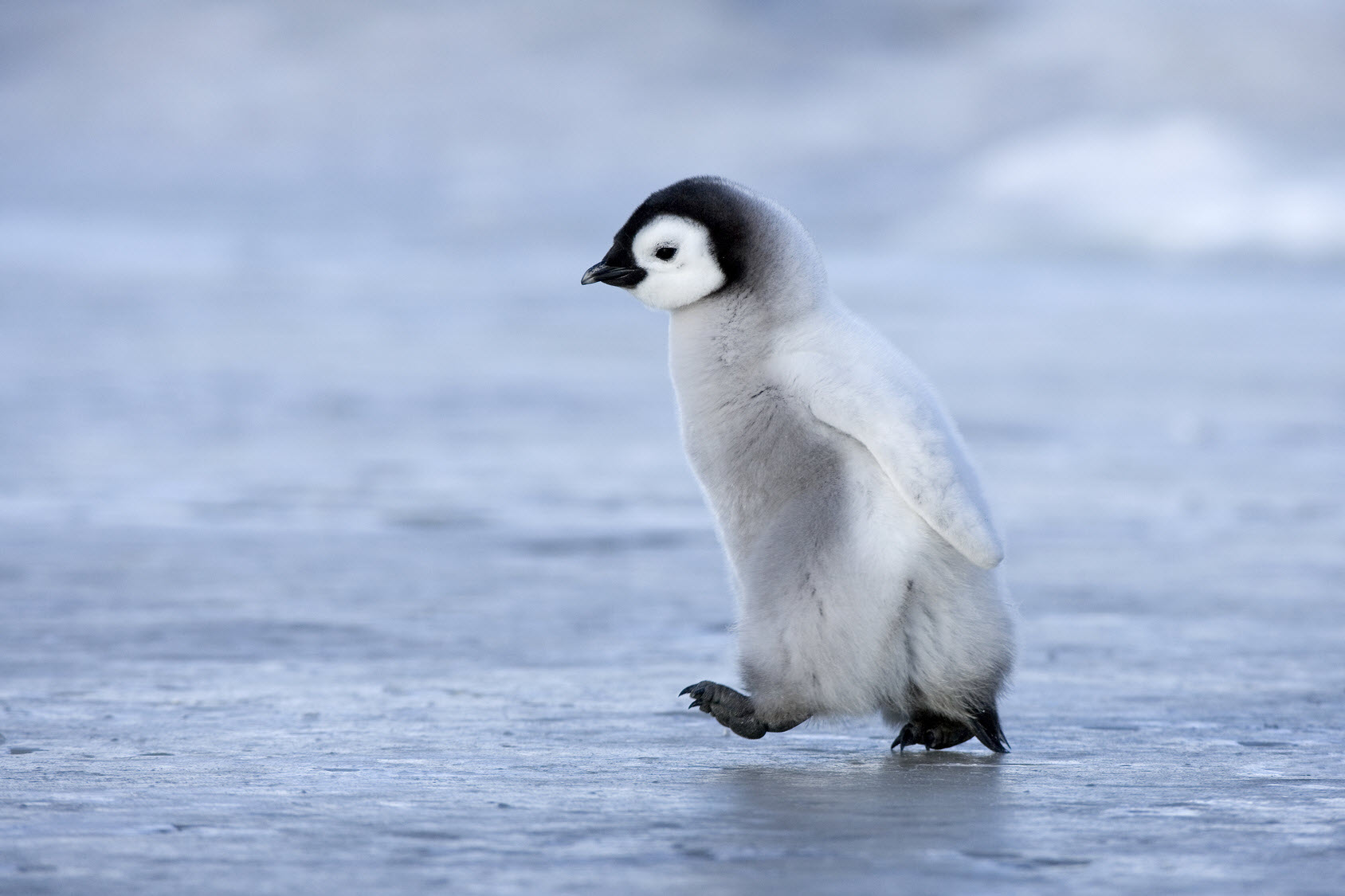 Harsh on Thauvin I think, how long was he on?
Top

Paco wrote:Harsh on Thauvin I think, how long was he on?

He's been at the club 5 mins and folk already love to slate him.
It’s the noise, the passion, the feeling of belonging, the pride in your city.
Top

This scores seem low considering that we were supposedly dominating and in full control...
∧∧
(･ω･ )
uu＿）～
Top

Goat wrote:This scores seem low considering that we were supposedly dominating and in full control...

What I was thinking

It’s the noise, the passion, the feeling of belonging, the pride in your city.
Top
Post Reply
6 posts • Page 1 of 1