A traditional Saturday afternoon kick-off sees Stoke City seek to spook St James', a ground that has historically haunted the Potters; they've only been treated to a single win in their last ten visits.

Newcastle come into this on the back of a horror show of a derby in which antagonist Robert Madley cruelly culled any hopes of victory, granting Sunderland a Tyne-Wear derby record six-in-a-row, and preventing escape from the depths of the relegation zone, for that week at least.

"You must always recover. We beat Norwich 6-2 and now we want to win against Stoke City. We've trained hard and worked hard.

"We have lost the derby, that's the situation. We have to deal with it now."
- Steve McClaren

We currently languish in 19th, two goal difference behind our rivals from Wearside, and two points adrift of the hallowed turf of 17th, currently occupied by Bournemouth. A win could take us as high as 16th, at least until Sunday when the three teams around us all play in separate fixtures.

Stoke endured two hours of defensive duties against Chelsea on Tuesday, eventually emerging victorious after the game went to penalties. Three days before they dominated possession, but not the scoreline against Watford, losing 0-2. Owing to a four match winning streak before this, they currently sit in the lofty heights of the lower mid-table in 14th.

"I thought they were the better team at Sunderland before the sending off. They will think they were hard done by and will want to put that right.

"Prior to that game, their last one at St James' Park, they had a big win [6-2 over Norwich City] and they will still be buoyed by that victory."
- Mark Hughes

Team News
Jack Colback is out until mid-December following Clattermole's crunching assault early in the second half of the derby, but he would have missed this one any way as he picked up his customary yellow card before that point.

Fabricio Coloccini has had his red card rescinded following what the FA referred to as an "obvious error" by self-proclaimed referee Madley, which the club celebrated by shipping out potential stand-in Mike Williamson to Wolves, I guess the club were scared by the prospect of seeing him at the heart of our defence once again.

Karl Darlow, Tim Krul, Gabriel Obertan, Emmanuele Riviere, and Steven Taylor are all out of contention due to injury, we can probably include Sylvain Marveaux in that as well. Rolando Aarons and Kevin Mbabu are reportedly fit again, and may even be in line for action as the promising pair of youngsters have tended to impress when given a chance.

Former perpetual Newcastle target Erik Pieters has served his one game suspension and should return to action for this one, however Phil Bardsley was sent off and will miss out alongside the injured Geoff Cameron and Marc Munies.

Predicted Line-up
<elliot>
<janmaat> <mbemba> <coloccini> <mbabu>
<sissoko> <tiote> <anita> <wijnaldum>
<perez> <mitrovic>
Given the success that Sissoko and Wijnaldum have enjoyed on the wings since the switch to 4-4-2, I can only hope that McClaren resists the temptation to slip one or both of them into the middle to fill in for the suspended Colback, however given that Tioté has been hauled off at half-time for two games running, I suspect we may be seeing a full refresh in central midfield. Personally I'd start Anita and Tioté in the middle to keep our creative powerhouses in the roles they've found success in.

To the surprise of few, Dummett has not been performing well as a modern full-back, he just isn't comfortably enough on the ball to do the job demanded, especially when playing behind a winger with freedom to roam like Wijnaldum. A more rational option might be Haidara, but Mbabu impressed when he was very much thrown in at the deep end earlier this season, and so it'd be nice to give him a chance on merit, provided that he is now fit.

Prediction
Two good performances in a row, so let's make it three and truly get our season underway with our first back-to-back home wins in a year, although to be fair we've not really done much of the winning thing in 2015. Mitrovic, Wijnaldum, and Mbabu to score for us, but they'll get at least one to keep things interesting. 3-1.

Where to Watch / Listen
Tickets are still on sale and should be available from the match day box office up until kick-off. The match is not televised live in the UK. Local radio commentary, as always, is on BBC Newcastle.
Near, far, wherever Shola...

No chance Mbabu will start in my view. Dummett instead of him, and I think you're on point with that XI.
I had the first custom w***
Top

I'd go with the same team as you. Don't think McClaren will start Mbabu though. He'd be mad to move Sissoko or Wijnaldum inside.

I can see us winning though I won't be watching. Going to be in the pub for the world cup final instead.
Top

1-1
I'm the scumbag outlaw. You're the pillar of justice. Neither of us like looking at ourselves in the mirror. Do we have a deal?
Top

Hope Mbabu starts. Was gonna go up tomorra but decided against it, don't wanna miss Rugby World Cup final and got a feeling I'd only end up disappointed.... Again.
It’s the noise, the passion, the feeling of belonging, the pride in your city.
Top Colo OK to play?
Ashley tells you it's raining. Do you look out the window?
Top

Keegan is that you

?
Sorry for my english, I'm belgian.

0-2
It’s the noise, the passion, the feeling of belonging, the pride in your city.
Top 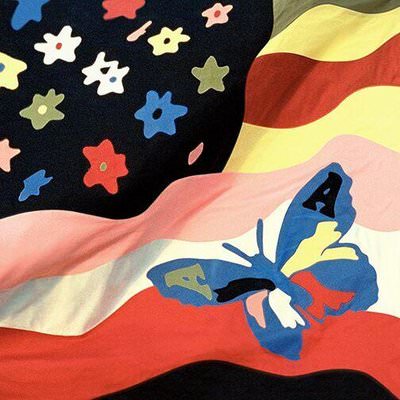 I'm hoping the players are looking to prove a point after last week's result. I think there has been an improvement in performances but if we had a few more points (wins) on the board I'd be much more confident heading into this game.
Top

ALF
Sleep is for Pussies

Dummett has put in some great crosses since coming back in his defence.
Top

PFT
Avoids Death. Until it Matters.

Got a good feeling about this game. Think we will show a bit of home form again and win 3-1.
formerly known as Bigi Bigi Bigi Can't You See & IMTE
Top

Would be a massive win if we can pull it of,stoke are a solid side.

It’s the noise, the passion, the feeling of belonging, the pride in your city.
Top

Goat wrote:No Mbabu even on the bench. Strange...

Well he's only just fit again. Though I would have had him instead of Gouffran, purely so in the event we are winning by 2 or 3 at 60 mins he could come on for the run out.
I had the first custom w***
Top
Post Reply
216 posts