Yacob
Laziness is for Pussies

Life in the Championship could hardly have got off to a worse start after successive defeats have us languishing in the relegation zone. We remain favourites with the bookies to win the league, but today feels like a must win. We are already seven points off the top and can't afford to fall any further behind at this stage.

This season was never going to be easy and there is still going to be work done in the transfer market, but the current squad need to up their game and pick up the three points on Wednesday. Reading will be the visitors and they have had a mixed start to the season under new manager Jaap Stam. It was an interesting appointment as the Dutchman hasn't got any real experience as a number one.

They won their first match under Stam, but they struggled away to Wolves and couldn't match the intensity that they showed in the first match. He had been coaching in the Ajax youth set-up previously, therefore it would be expected that he would try to play an entertaining brand of football at Reading. It was a risky move from Reading, but it could prove to be a masterstroke after time. Let's just hope they struggle tonight and we get our first win on the board.

St James' Park is heading towards another sellout, which is incredible for a night game in the Championship. The support has been great so far this season and there hasn't been panicking after the opening two defeats. In the past, under Steve McClaren and Alan Pardew, we as a fanbase were never fully on board, but that has changed under Rafa Benitez and there is still lots of positivity, despite the results. However, another defeat tonight and that could be tested. You can't win a title in August, but you can certainly lose one and we can't afford any more defeats.

Benitez has remained confident throughout and that is reassuring as you have to believe that he is correcting things behind the scenes. He hasn't tried to pull the wool over our eyes like his predecessors and that is refreshing. The performances haven't been good enough and he has admitted that. It is great to finally have a manager who speaks the truth, rather than attempt to cover themselves. It is still early in our season, but we need to stick together. We have the right manager and things will get a lot better soon.

Newcastle United:
Mo Diame will be missing after picking up a slight knock on his debut. Moussa Sissoko is unlikely to feature for us again and this week it is an 'ankle injury' keeping him out. Matt Ritchie will be likely to return to the starting eleven, while Aleksandar Mitrovic serves the third of his four-match ban.

Reading:
Jaap Stam is likely to make changes after his side's disappointing defeat against Wolves. Jake Cooper and Deniss Rakels are pushing for a start.

<perez> <aarons>
<gayle>
There could be changes made, but it is difficult to see where. The loss of Diame is huge and restricts the possible ways we can line up. Gamez could come in for Dummett, but I think that is unlikely as Benitez likes to have balance and Gamez is right footed.

Rafa Benítez wrote:It has been a really bad start in terms of results, but at the end of the season we will be fine and where we want to be.

"This is just the start. We have to fix things, but I am confident we can do well. We have had chances we did not take. We have made mistakes at the other end. We can be better in defence, the middle and attack.

Jaap Stam wrote:Everybody is expecting a lot from Newcastle this season and there's a lot of pressure on teams like them in the Championship this season.

"Team who play them can play freely, but while they're having a difficult time, they'll want to win the next game. We need to be prepared for that, but we'll be looking to get a similar kind of result that others have so far.

Andrew Madley:
This is his first match in charge of us competitively and his most recent fixture in the Championship was last Friday in the Brighton/Nottingham Forest match. He didn't dish out any cards in that match.

I'm not confident. Our team still lacks in certain areas and we struggle to break sides down. Reading will try to play the same game as Huddersfield did on Saturday and we have yet to show that we can deal with that. I don't think we will lose, but I don't think we will win either. A boring 0-0 and the optimism will drop a notch once more. The opening two months are going to be frustrating and I just hope we don't fall too far behind before we manage to get things right.

Coverage:
UK TV:
No UK TV coverage.
Overseas TV:
No overseas TV coverage.
UK Radio:
No national radio coverage.
Local Radio:
BBC Newcastle (Locals can tune in on their radio. Those outside the region can listen via this link http://tunein.com/radio/BBC-Newcastle-954-s18219/)
Top

By the way - that radio link doesn't work. At kick-off it cuts out.

If you subscribe to NUFC TV - for £3.99/month - you can listen to the BBC Radio Newcastle commentary on there.
I had the first custom w***
Top 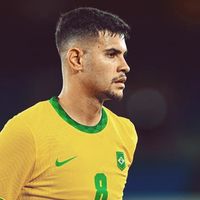 I'll be there this evening!

We'll smash them 2-1.
I'm the scumbag outlaw. You're the pillar of justice. Neither of us like looking at ourselves in the mirror. Do we have a deal?
Top

I can't help but feel Anita is going to play no matter what. Hopefully not on the wing (Rafa doesn't trust Aarons yet).
Maybe we go for Ritchie left, Janmaat right wing and either Anita or Gamez at right back?
Sharing articles no-one reads since 2012
Top

Anita is a bit like Perch used to be, better in every position other than his own one

I'll go for a draw. Think we'll struggle getting goals until Mitro comes back. Perez just gets bullied.
It’s the noise, the passion, the feeling of belonging, the pride in your city.
Top

Bodacious Benny wrote:Anita is a bit like Perch used to be, better in every position other than his own one

much better at CM than on the wing, wingers need to create and run into space out wide. Not for him
Sharing articles no-one reads since 2012
Top

Bodacious Benny wrote:Anita is a bit like Perch used to be, better in every position other than his own one

much better at CM than on the wing, wingers need to create and run into space out wide. Not for him

More so RB to me more accurate

much better at CM than on the wing, wingers need to create and run into space out wide. Not for him

More so RB to me more accurate

Agree, best when a very attacking winger ahead of him and he can play cute balls in
Sharing articles no-one reads since 2012
Top 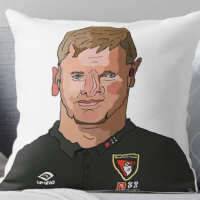 Hope we have someone else in at LB than Dummett..please Rafa
Top

I'm off to try one of those Rafa burgers at the central bar before going to the match. I'm genuinely more looking forward to the Rafa burger than the match

Are there going to be no overseas links all season? So if we're not on Sky or BT there's no TV stream? This is going to be a painful season

beardface wrote:Are there going to be no overseas links all season? So if we're not on Sky or BT there's no TV stream? This is going to be a painful season

Apparently some games are on BeIN Sport. But not this one...
I had the first custom w***
Top

At the match again today. I really really hope it's better than Saturday!

can't afford to go to the match

Just paid £25 for 2 beers in some poxy sports bar in Hong Kong hoping its live .
Ashley tells you it's raining. Do you look out the window?
Top